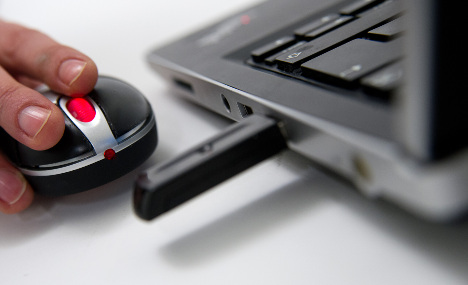 Many users are concerned about the threats they face online, above all from computer viruses (72 percent), surveillance of their browsing activity (57 percent) and the misuse of personal data (50 percent), the survey conducted by the Allensbach Institute for the German Institute for Trust and Security in the Internet showed.

But in a seeming contradiction, a considerable majority (61 percent) also believed there should be greater state controls on internet site providers, while 57 percent called for the German government to introduce stricter controls on website content.

Moves have already been made in Germany to increase state control over the web – most notably through the introduction of German-only email systems.

In the wake of revelations on NSA data surveillance, many Germans switched to German email providers and demanded encryption. In October state communications giant Deutsche Telekom reacted by proposing a secure national email network, based on a data security initiative called "Email made in Germany".

Other email providers GMX and Web.de joined Telekom’s initiative, ensuring that all data transferred between the three firms was encrypted and never left German servers.

“This shows a certain fatalism,” said director of the Allensbach Institute Renate Köcher.

"Lots of people support state intervention but in practice are suspicious of internet surveillance. You have to recognize that people contradict themselves."

The study suggested that Germans were more concerned by the online threat posed by companies than by the state.

Two thirds of those surveyed complained about companies misusing personal data to offer internet users products they did not want.

State control was only considered an infringement to personal freedom by 49 percent of Germans.

Internet users were particularly concerned about the exploitation of data because many were unaware how companies use their personal information. Köcher said firms should better explain how they use this information.

But such concerns were outweighed by the internet’s many advantages, most people asked agreed, with the main positives being fast information, contact with other users and the ability to compare prices when shopping online.

READ MORE: Can Germany really keep bytes within its borders?