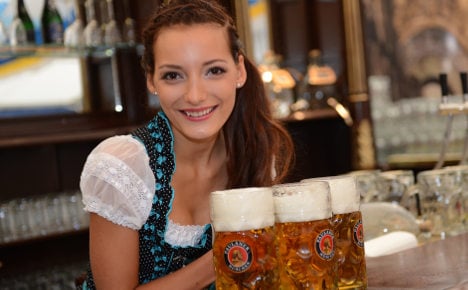 The submission was made ahead of the end-of-November deadline for this year, Bild newspaper reported on Sunday, and a final decision will be made within two years – which could mean the law receives the accolade 500 years after it was enacted.

The 1516 law, which originated in Bavaria, states that only water, malt, hops and yeast may be used to brew beer and is credited with making German beer the most famous in the world – as well as keeping out foreign competition.

President of the Brewers Union Hans-Georg Eils told Bild: “It is thanks to the beer purity law that Germany, up until today, is unchallenged as a beer nation.”

The application was backed by independent reports from experts at the University of Bayreuth and the Technical University in Munich. A shot for recognition by the United Nations Educational, Scientific and Cultural Organization (Unesco) for the law was last made in 2011.

Each of Germany's 16 states can submit applications for traditions or customs to be recognized by Unesco this year. North Rhine-Westphalia’s applications were Beethoven, who was born in Bonn, and traditional shooting clubs (Schutzverein).

The conference of cultural ministers will make a maximum of 34 suggestions to the German Unesco commission who will have the final say.