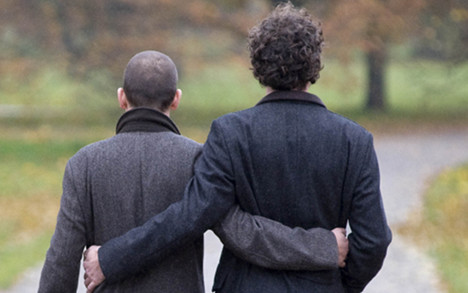 Late last year the man, who has chosen to remain unnamed, moved back to his home village of Freyung-Grafenau in the Bayerwald with his partner. He has been HIV positive since 2007 but the infection is dormant, making him 99.99 percent non-contagious, the Süddeutsche Zeitung newspaper reported.

The pair planned to open a restaurant and began the process to do so. Initially all seemed to be going well; the bank began to process their loan application and they signed a rental lease on a property.

But suddenly the bank back-tracked and said the man was not even credit worthy for a loan of €1,000. An employee then told him his request had been rejected “for his own protection” and that one day he would be grateful for the decision.

Three weeks ago he received an anonymous letter. “AIDS kills,” the author wrote, and then said that although “homosexuals are tolerated” in the village, no-one wanted a “creeping infection”. He made a formal complaint about the first letter, but ignored a second one which arrived a week later with the same message.

It was not until a reporter from the local newspaper called to gather details about an obituary they were writing about him that he contacted police again. The journalist said she had been told he had died, and that she was speaking with his father.

It remains a mystery who told the paper he had died, but he suspects it had to be someone from his social circle as the photo was from his private Facebook account which only friends can see, the Süddeutsche Zeitung said.

Police are now looking into the case, while the man and his partner have given up their dreams of running a restaurant. They will not move away though. It’s still my hometown,” he said.