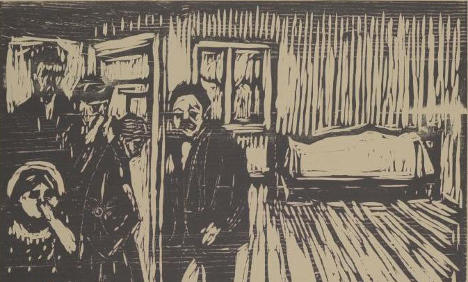 The latest batch of priceless artworks come from a trove discovered in a Munich flat in February 2012 which only came to light this month in a magazine article.

A task force appointed to research the origin of the more than 1,400 works found stashed in the home of 80-year-old Cornelius Gurlitt said in a statement that public prosecutors investigating the case had now posted a total of 219 of them on the website www.lostart.de.

It said all were suspected to have been looted or extorted by the Nazis from Jewish collectors. Pictures and titles have been published so that rightful owners can stake claims.

The task force has said about 590 of the works are believed to fall in this category and will eventually be put online.

Among the 101 artworks posted Thursday are "drawings, watercolours and prints by artists such as Edgard Degas, Eugene Delacroix, Paul Cezanne, Pablo Picasso, Albrecht Dürer and Honore Daumier," it said.

The Picasso sketch depicts Hercules slaying a centaur while the Cezanne is a drawing of fishermen on a riverbank. August Rodin is represented with a kneeling nude.

A Paul Gauguin pencil sketch of a woman, perhaps a Pacific Islander, can now also be seen as well as an Edouard Manet study of a woman.

Gurlitt is the son and heir of a powerful art dealer tasked by the Nazis with selling works that they stole, extorted or seized in exchange for hard currency, and with handpicking masterpieces for a "Führer Museum" for Adolf Hitler in the Austrian city of Linz that was never built.

Customs police seized the works, including masterpieces by Picasso, Matisse and Chagall, during the raid last year on Gurlitt's Munich cluttered flat.

Prosecutors said on Thursday they had this year tried ten times to get in contact with Gurlitt, with letters and phone calls, and had even passed by his flat to make sure he was alright.

He had been offered the return of some of the art back in January, but there had been no response, Augsburg prosecutor Reinhard Nemetz told the justice committee of the Bavarian state parliament.

Around 300 of the collection will certainly be returned to Gurlitt, said Nemetz, just as soon as contact could be established.

The authorities' reticence on the discovery of the long-lost works has drawn criticism from Jewish groups. READ MORE: Gurlitt to get some works from Nazi trove back