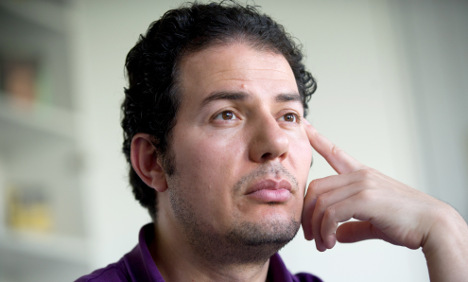 Hamed Abdel-Samad disappeared on Sunday afternoon from the Egyptian capital prompting fears he had been kidnapped.

But on Tuesday evening he was safe at the German Embassy in Cairo, a foreign ministry spokeswoman said.

His brother told the Welt newspaper: “He is alive. He is doing well.”

Neither Abdel-Samad's family nor the ministry offered any further information about his disappearance.

The 41-year-old has previously attacked “fascism” in Islam and received death threats.

But on Monday his brother suggested the disappearance may also have been sparked by a business dispute.

He fell out with a business partner who claims he is owed €240,000 from an investment.

Abdel-Samad moved to Germany 23 years ago to study politics in Augsburg and later took German citizenship.

Along with well-known journalist Henryk M. Broder, he won a television prize last year for a series in which they undertook a road trip around Germany in 2010, the Welt newspaper reported.

He went to Egypt during the Arab Spring uprising in 2011 and in June this year criticized the Muslim Brotherhood which came to power after the revolution, prompting death threats.