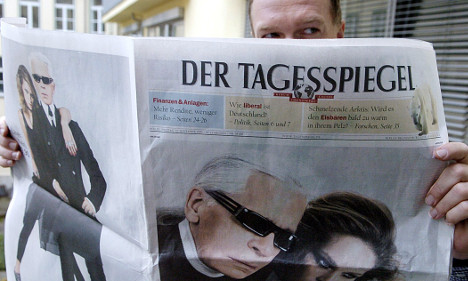 The man complained to police after reading the death notice. Bernd Settnik dpa/lbn

The man, named in the press as Hans-Werner M., said he received a string of phone calls last Sunday from people asking how he was feeling – indeed whether he was still alive.

The notice in the Tagesspiegel newspaper said the lawyer, from Wannsee near Berlin, had died on November 9th.

“Friends were ringing me because they read the notice in the paper. But at the same time they thought it was a bad prank,” he told Bild newspaper.

It is not clear who put the fake death notice in the paper which carried the names of his colleagues, mourning their loss.

“I can’t and don’t want to suspect anyone of doing it and I can’t image who would do that," he said.

He has made an official complaint to the police about the notice.

The Tagesspiegel published a correction on Sunday. It said it believed at the time that the notice had been submitted by the lawyer's office.