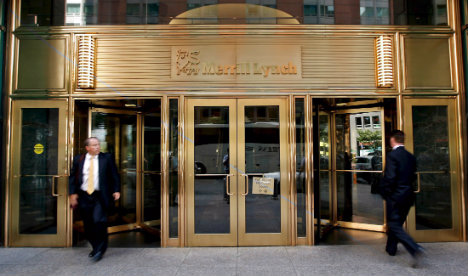 Student Moritz Erhardt, 21, was six weeks into a seven-week placement in August when his body was found in the shower at his temporary lodgings in the British capital.

His death sparked a debate over long hours and tough working conditions in the City of London, Europe's largest financial centre.

British newspapers said he had been working until 6am every day for three days in a row.

An inquest at Poplar Coroner's Court in east London on Friday heard Erhardt had suffered from epilepsy since 2010 and was taking medication for the condition, but had not told the bank.

She said Erhardt died following an epileptic seizure, despite regularly taking medication, which may have been brought on by fatigue.

"Unfortunately, although many many people live with epilepsy and go on to live to old age, sometimes it still causes death very suddenly in this way and sometimes that happens even with a person as young and as fit as Moritz was," she said.

"One of the triggers for epilepsy is exhaustion and it may be that because Moritz had been working so hard his fatigue was a trigger for the seizure that killed him. But that's only a possibility and I don't want his family to go away with the thought that it was something that Moritz did that caused his death."

"He was a young man living life to the full and he was clearly enjoying his time in London and, whilst it's possible that fatigue brought about the fatal seizure, it is also possible that it just happened. And it is something that does just happen."

A Bank of America Merrill Lynch spokesman said in a statement the investment bank planned to offer Erhardt a job on graduation.

"Moritz Erhardt's death was a tragedy that affected and saddened everyone in our company," he said.

A group has been set up to review the work environment for office juniors, he added.

In English law, inquests are held to examine sudden or unexplained deaths.

They set out to determine the place and time of death as well as how the deceased came by their death, but do not apportion blame.