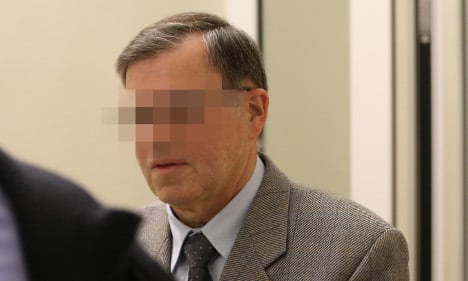 The man was jailed by a court in Koblenz.

The 61-year-old man, identified only as Manfred K., had worked for the transatlantic military alliance at the US airbase of Ramstein in Germany but left his job after a dispute.

"The disclosure of the files would allow a potential enemy of NATO to gain access to the secret network of NATO," the court found.

It rejected the man's claim that he had wanted to point out security gaps when he copied the data and hid it on USB memory sticks in his kitchen and
basement last year.

The man copied passwords for NATO computer systems, server locations and other information that would have enabled a cyber attack, the court in the western city of Koblenz found.

The IT expert, who had worked for NATO for more than 30 years, copied the data in March 2012 and failed in an attempt to obtain more in June but left NATO shortly afterward.

He has been in detention since his arrest in August 2012.

The data were the "crown jewels" and "operative heart" of the system and would have allowed a foreign power to launch a cyber attack with "devastating impact", said presiding judge Andreas Völpel, according to national news agency DPA.

Potential takers for the data would have been the Chinese or Russian intelligence services, the court found.

The defendant had earlier denied the charge, saying: "I was never a traitor. I am not and never was an enemy of NATO, only of the security sloppiness of employees."

The sentence for treasonable espionage was only slightly milder than the seven-and-a-half years that prosecutors had sought.

Defence lawyers said they may appeal the ruling.