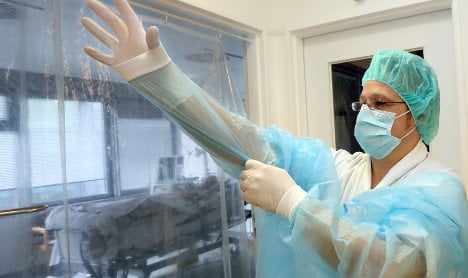 Just over half of German hospitals made a loss last year. Photo: DPA

The number of hospitals in the red increased from 31 percent to 51 percent in 2012, according to a study released on Wednesday by the Institute of German Hospitals (DKI).

Net operating profits fell in almost 60 percent of the country’s hospitals and this year just 13 percent of clinics forecast a strong financial position.

Smaller hospitals with fewer than 3,000 beds were particularly badly affected, the Spiegel reported, with 57 percent making a loss.

President of the German Hospital Federation Alfred Dänzer said: "It is certainly dramatic that the current system of financing hospitals puts more than half of them in the red.”

He called on Germany’s next government to examine closely how to improve the situation. “Hospitals must be able to expect a financial framework which secures future patient care,” Dänzer said.

Chancellor Angela Merkel’s conservatives and the Social Democrats (SPD) are in coalition talks to form a government. In their preliminary agreement over health they set out a plan to improve hospitals finance by making savings and increasing prices.

The study blamed the precarious situation on hospitals’ insurance costs. Insurance premiums have gone up 33 percent since 2010.