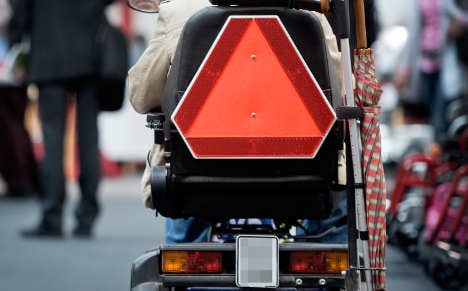 The woman had a blood alcohol level of 0.174 percent (1.74 promille) when she steered her motorised chair onto a four-lane road.

Daily newspaper Die Welt said a concerned driver trailed the woman with his hazard lights on for some distance to ensure her safety.

Later a police car caught up with her and turned on its lights – but the pensioner was in no mood to pull over. Instead of parking her wheelchair, the woman tried to make a break for it.

A police officer then chased her on foot and was able to grab the keys from the wheelchair.

The woman is now facing charges of reckless driving. But police said that since authorities cannot ban her from using a wheelchair, she will likely be made to pay a fine.