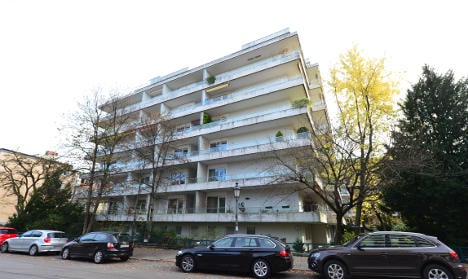 Federal and regional authorities involved in shedding light on the vast trove of artworks, including masterpieces by Picasso and Matisse, held talks on Friday, the government's spokesman said.

Representatives from the culture and finance ministries and the southern state of Bavaria agreed they "want the research into the origins of artworks from this collection to advance a good deal faster", Steffen Seibert told reporters.

"We want works with an unclear record of acquisition… considering the legal aspects of the ongoing investigation, to be made public immediately," he said. "We will announce further details on the procedure this week."

The head of the World Jewish Congress on Monday added his voice to calls for an inventory of the artworks to be published on the internet.

Ronald S. Lauder told the Welt newspaper that time was of the essence with possible heirs now elderly and that "injustice" would continue as long as clarity was lacking.

"The German government must show these pictures," he told the newspaper.

"Valuable time has been wasted. Neither the possible claimants nor possible witnesses in the return process are getting any younger," Lauder said. "Injustice will not be removed but continued so long as there is no clarity created about the owners."

And he warned that if nothing happened "we will raise the pressure".

Despite international pressure, German prosecutors have refused to publish a full inventory of the works, citing a need for more time to fully catalogue them and for discretion in their probe.

They have launched an investigation on charges of tax evasion and misappropriation of assets against Cornelius Gurlitt, in whose Munich apartment the more than 1,400 works including paintings by Pablo Picasso, Pierre-Auguste Renoir and Henri Matisse were found in February 2012, but the case only came to light last week in report by Focus magazine.

Gurlitt is the son of Hildebrand Gurlitt, a powerful Nazi-era art dealer and collector who acquired the paintings in the 1930s and 1940s.

Hildebrand Gurlitt had been tasked by the Nazis with selling works looted from Jewish collectors or seized as part of a crackdown on avant-garde, or what the Nazis termed "degenerate" art, in exchange for hard currency.

A customs audit has found that 315 of the works were seized from public museums by Adolf Hitler's regime as part of its crackdown on so-called "degenerate" avant-garde art, said Focus news magazine, which broke the story of the art trove a week ago.

Those works were public property at the time, and neither the museums nor the original owners or their heirs will be able to recover them, Focus said.

But for 194 other works, documents seized in the apartment may establish that they were sold by Jewish collectors under duress – meaning the owners or their heirs stand a good chance of recovering them, it added.

The customs report also says "doubts exist" as to whether Gurlitt will ever face trial, even though German authorities are investigating him for tax fraud and receiving stolen goods, Focus reported.

Gurlitt, who was present when authorities raided his home in February 2012,was interrogated by police and released without charge.

Legal experts have also been sent to Munich to try and speed up the work of local authorities in resolving ownership claims, Focus reported.

Meanwhile Spiegel news magazine said it had received a letter signed by Gurlitt asking that it not use the family name in association with the Nazis.

Authorities also confiscated 22 paintings on Saturday from the house of Gurlitt's brother-in-law Nikolaus Frässle near Stuttgart, Bild am Sonntag reported.

Frässle called police himself to hand the artworks over.

Gurlitt, who lived as a recluse, generated income by occasionally selling off paintings handed down to him by his father.

His father appears to have held on to many of the works, even after an investigation by US occupying forces after the war.