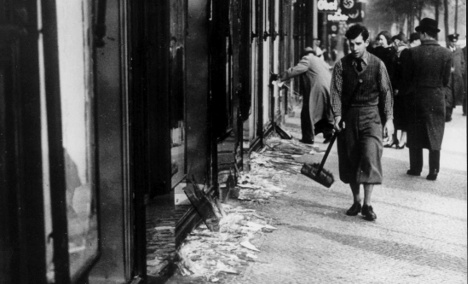 The attacks of November 9 and 10, 1938, saw Nazi thugs plunder Jewish businesses throughout Germany, torch synagogues and round up about 30,000 Jewish men for deportation to concentration camps.

Now a new account is shedding light on the murder of diplomat Ernst vom Rath, whose November 7, 1938 death Nazi leaders seized upon as pretext for the pogrom.

Fuming over Germany's treatment of Jews, Herschel Grynszpan, a 17-year-oldJewish youth, shot vom Rath in the German Embassy in Paris.

History has long regarded Grynszpan as a murderer, but a new book suggests the shots he fired may not have been fatal.

In his book, Herschel – Das Attentat des Herschel Grynszpan am 7. November1938 und der Beginn des Holocaust (Herschel – The Assassination by Herschel Grynszpan on the 7th of November 1938 and the Beginning of the Holocaust), Fuhrer argues the envoy could have survived gunshot wounds to his shoulder and stomach if Nazi leaders had not decided to make a martyr of him.

"Hitler sent his personal doctor, Karl Brandt, to Paris… so he would consciously let Ernst vom Rath die, and not give him the medical help he needed," Fuhrer said.

Fuhrer's book also reveals vom Rath had acute gastrointestinal tuberculosis at the time of his death, a detail Nazi officials didn't make public so as not to weaken the "causal connection" between Grynszpan's shooting and the official's death, Fuhrer wrote.

Grynszpan's parents had sneaked him out of Germany to France when he was 15.

The month before the shootings, his parents and siblings in Germany were rounded up with as many as 17,000 others, deported and forced to live in a no-man's land on the Polish-German border as Nazis tried to 'repatriate' Jews with Polish roots.

Learning of his family's plight via a postcard from his sister, Grynszpan let loose five shots in the German embassy, providing "exactly the excuse Hitler and Goebbels had long and eagerly waited for," to foment anti-Jewish violence, Fuhrer wrote.

The last official record of Grynszpan places him in the Sachsenhausen concentration camp north of Berlin in 1942.

Fuhrer said much of the previous scholarship on the events leading up to Kristallnacht had relied too heavily on Nazi accounts.

He based his work on documents in public archives, some of which have only recently been made available to researchers.

Anti-semitism on the rise?

But while the events leading up to Kristallnacht remain unclear, the pogrom itself is generally considered a catalyst for intensified discrimination against Jews in Germany.

“It massively sped up the persecution of the Jews, “said leader of the Centre for Holocaust studies in Munich, Frank Bajohr.

And when it took place Hitler was at the peak of his popularity according to Oliver Hochkeppel of Munich’s soon-to-be-opened National Socialist Documentation Centre.

“It was at a time when support for the regime was at its highest,” claimed the historian. “Hitler went from one foreign policy success to the next and was at the peak of his charisma,” he added.

Although anti-Semitism in Europe has decreased since the time of National Socialism, it is still a problem according to a survey published by the Welt newspaper on Friday. In Germany 17 percent of Jews consider anti-Semitism ‘a very big problem’ and 44 percent think it is ‘quite a big problem’.

Across Europe, the results are a cause for concern with 76 percent of those surveyed convinced that anti-Jewish discrimination has risen in their home countries over the past five years.

In a country keenly aware of its past, public speeches, art installations and religious gatherings are scheduled in Germany to commemorate the events of Kristallnacht, which Chancellor Angela Merkel last week called "one of the darkest moments in German history".

On Friday in Berlin, German President Joachim Gauck visited a former workshop and sanctuary for blind and deaf Jews during WWII, now a museum.

And about 100 shop owners in the German capital are expected to stick adhesives to their windows to create the illusion of broken glass – with KaDeWe, Germany’s answer to Harrod’s, expected to take part.

Berliners are also being called upon to clean ‘Stolpersteine' memorials for Jews in their neighbourhoods. The "stumbling blocks" are small plaques bearing the names of Holocaust victims embedded in the street in front of their last known address. 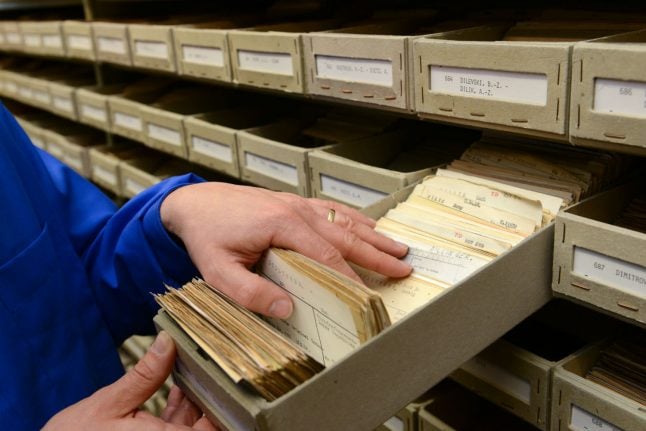