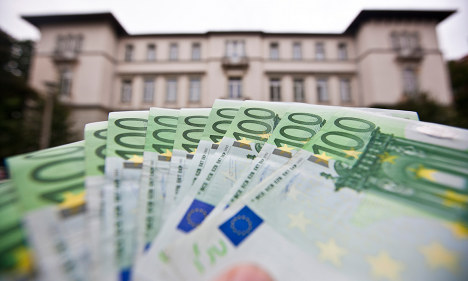 The coffers of the state, regions and municipalities can expect €620 billion this year, growing annually by more than three percent to reach more than €730 billion by 2018, according to the estimate, calculated twice a year by an expert panel.

But he stressed that the latest tax revenue figures also showed "the fiscal margins remain limited" for a policy of greater spending.

His conservative Christian Democrats are locked currently in negotiations with the Social Democrats (SPD) on a left-right tie-up following September elections, with the SPD pushing for greater investment in infrastructure and education financed by higher taxes for the wealthy.

Schäuble expects a balanced German budget next year possibly allowing Europe's biggest economy to start paying back its debt from 2015.