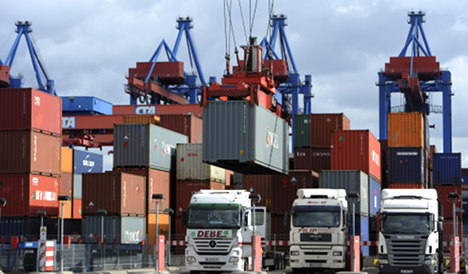 "The criticism is not comprehensible," the economy ministry said in a written statement.

"The current account surplus is an expression of the strong competitiveness of the German economy and of international demand for high-quality products from Germany," it said.

On Wednesday, a US Treasury report pointed the finger at Germany, saying that it needed to tap its surpluses to boost demand and help the eurozone pull back from deflation.

Its "anemic pace of domestic demand growth and dependence on exports have hampered rebalancing at a time when many other euro-area countries have been under severe pressure to curb demand and compress imports," it said.

Germany's current account surplus is "no cause for concern" for Germany,the eurozone or the world economy, retorted the German finance ministry in a statement.

It said there were "no imbalances" that called for a correction in German economic and budgetary policy and also pointed to "robust" salary growth, a gradual resumption of investment and increasing private household consumption.

Germany, which as Europe's biggest economy was looked to for help in leading the 17-nation eurozone out of its financial and debt crisis, has encountered similar calls to boost domestic demand in the past.

Its economic policy is set to change, albeit slightly, because Merkel's conservatives are currently negotiating to form a grand coalition with the Social Democrats whose key election issue was a national minimum wage.

Retail sales slipped by 0.4 percent in September compared with August, the federal statistics office Destatis said in a statement. Retail sales had already contracted by 0.2 percent in August.

But over a 12-month period business improved for retailers, with sales showing a modest increase of 0.2 percent in September compared with the same month last year, the statisticians calculated.

The Brexit fallout has continued to hurt commerce with the United Kingdom, with federal statistics office Destatis recording a 29 percent plunge in German exports across the Channel.

Cross-Channel exporters have had to adapt to new customs requirements from January 1, following Britain’s 2016 decision to leave the European Union.

Firms on both sides have since complained of increased bureaucracy and shipment delays as they grapple with the new rules.

BREXIT: What changes in Germany from January 2021?

Compared with a year ago, before the pandemic ravaged the global economy, exports fell 8.0 percent in January and imports almost 10 percent.

“Consumer demand fell sharply in January due to a lack of opportunities” as the government kept non-essential shops, leisure and cultural centres closed to rein in the coronavirus,  Niklasch.

But demand for “made in Germany” goods was powered by vital trade partner China, which has recovered faster from the virus shock.

Exports to European Union countries plunged six percent year-on-year, while demand for EU goods within Germany was down by almost the same.

Combined with Germany’s struggles to bring down Covid-19 infections despite months of shutdowns, “the January reading is not an indication of renewed German export strength, but rather an alarm bell for the first quarter.” 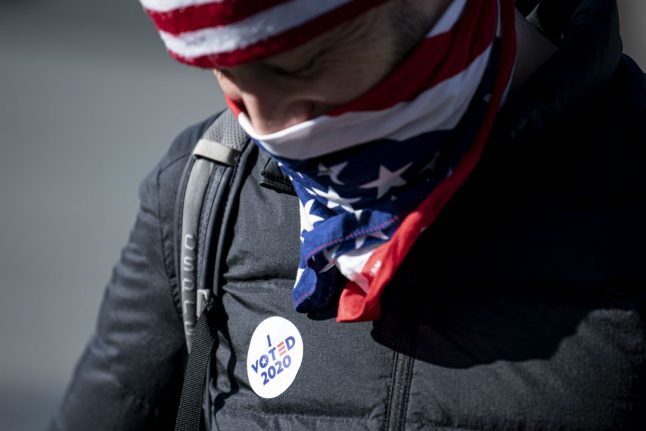 AMERICA
‘The world may respect us more’: How Americans in Germany reacted to US elections
Url copied to clipboard!