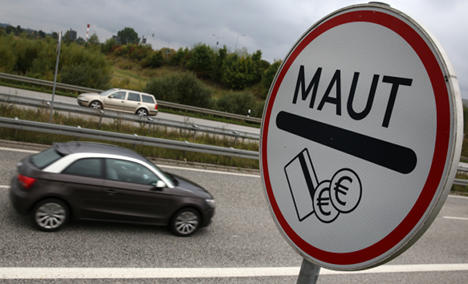 The Spiegel news magazine placed a query with EU transport commissioner Siim Kallas, as to whether the Bavaria State Minister Horst Seehofer's much-opposed plan to charge foreign cars to drive on German motorways would be passable under European law.

In an unexpected move his reply was more or less yes. He told the magazine that the law would have to be very specific but that if it were, it would be possible.

Seehofer, who heads up the sister branch of Angela Merkel's Christian Democrats (CDU), the Christian Social Union (CSU), said before September's election that he wanted to introduce a motorway charge.

It could work by reducing tax on German car owners and then charging everyone a fee so that foreign drivers would start contributing, where before they paid nothing. German drivers would be paying the same as before their road taxes were reduced.

This was a major subject for Seehofer during the election campaign, but was swiftly dismissed by leading politicians from both the CDU and opposition party the Social Democrats (SPD) as being contrary to EU law.

But now they have been proved wrong, the debate over charging foreign drivers could look a little different, Spiegel said.

Coalition discussions between the SPD, CDU and CSU about traffic policies began on Tuesday, with a motorway fee at the centre of debate. Each state put forward its own ideas as to how Germany can plug growing gaps in motorway funding.