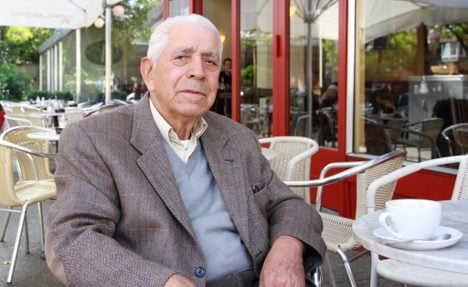 In 1972 Nurman sold his first doner kebab just opposite Bahnhof Zoo in West Berlin. Ever since, the Döner has been a German fast-food favourite – popular worldwide but nowhere quite as succulent as in its birthplace.

Born in the Turkish city of Antalya in 1934 and raised in Istanbul, Nurman moved to Stuttgart in 1960 at the age of 26.

Already a trained salesman, he migrated as part of the wave of guest workers (Gastarbeiter) brought in from southern and eastern Europe to boost West Germany’s workforce. In 1966 he moved to West Berlin to work as a fitter for printing machines.

Noticing that hard-working Germans had little time to sit down and eat, he came up with a snack to eat on the go.

In Turkey it was already a tradition for royalty and the rich to eat grilled meat skewers with rice and salad, but this was served on a plate. Nurman adapted the dish and served it in bread, making it perfect take-away food.

Slicing lamb or beef from the big spinning stick and packing it into a Turkish flatbread with onions, Nurman kept things simple at first. Only later were salad, tomato and a choice of sauces added – not to forget the kebab man’s final question: “mit Scharf?” – “with spice?”

But the doner kebab has changed over the years from the original served by Nurman. “In my opinion, there are [now] too many ingredients in doner kebabs,” he told the Frankfurter Rundschau in 2011. “If the meat is good, you don’t need any tomato or spices,” he said. He was also dismissive about the use of chicken. “That isn’t a real doner,” he told the newspaper.

It was not until Nurman’s German doner was introduced that it really caught on, said Tarkan Tasumruk, chairman of the Association of Turkish Doner Producers in Europe (ATDiD). Even today it is often supposed that the modern-day doner kebab is a Turkish invention.

But this is not the case. “The doner is German,” Tasumruk told berlin.de, the official website for Germany’s capital.

But Nurman’s claim to be the ‘the doner father’ has been disputed.

Nevzat Salim, a Turk who moved to Baden-Württemburg, claims to have sold the first doner in the town of Reutlingen in 1969.

“Back then we had our first doner stand in the market square,” the 60-year-old, who operated the stall with his son, told news channel n-tv.

Berlin restaurant owner Mehmet Aygün, who, according to the Tagesspiegel was falsely pronounced dead by the German media in 2009, also lays claim to the title. He says he invented the doner in 1971 – a year before Nurman.

“Lots of people claim that,” said Ahmet Dede the husband of one of Nurman’s nieces. For him Kadir is the undisputed inventor. A spokesman from the Turkish-German Trade Association underlined the importance of Nurman’s invention for the German economy, pointing to the countless jobs it has generated – 60,000 in Germany, according to the Tagsspiegel.

The popularity of the doner is beyond question. According to website berlin.de, there are 16,000 doner stalls in Germany alone and Berlin is the ‘doner capital’ with over 1,000 shops.

In Germany 600 tonnes of doner meat is cooked every day and according to the ATDiD, doner kebabs generate an annual turnover of €3.5 billion for German producers and shop owners.

Being a universally popular snack, the doner has also proved a useful integration tool.

It has created a point of contact between Germans and Turkish-Germans and is something that both groups enjoy eating and can be proud of. The doner’s immense popularity has helped cement the Turkish influence on German society.

But the father of the doner was no millionaire. In September 2011 he was only paying rent of €395 a month for his house, according to n-tv.

“Who thought back then that the doner would get so big?” he explained to the Frankfurter Rundschau. “If I had known, I would have got a lawyer to protect it. Then I would be a millionaire,” he said.

Last Thursday the 80-year-old died of lung cancer in Havelhöhe Hospital in south-western Berlin, where he was regularly visited and cared for by his daughter Rukiye, the Tagesspiegel reported.

Nurman has been buried in the Muslim graveyard in Gatow near his home in Charlottenburg. But his doner-shaped legacy lives on. 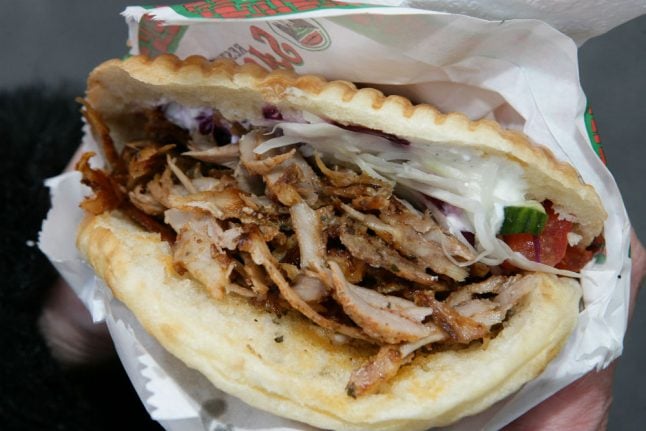 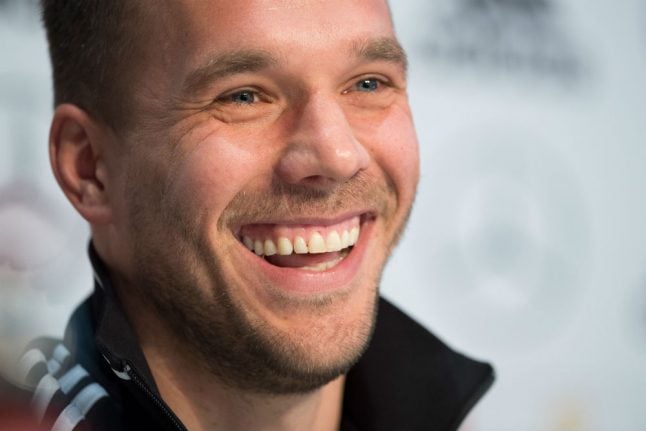