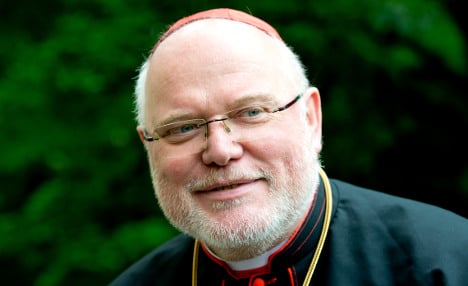 The news comes after weeks of controversy over big-spending building projects by the German Catholic Church sparked by the Bishop of Limburg, Franz-Peter Tebartz-van Elst, €31 million bill for his new headquarters.

The costs of the Munich project have crept up from €39.88 million in 2011, to €42.15 million at the end of 2012, before ballooning to the current figure, Munich newspaper the Abendzeitung reported.

But church spokesman Bernhard Keller told the Abendzeitung: "It is a cost increase in line with market conditions."

The current archbishop of Munich and Friesing, Cardinal Reinhard Marx, is now responsible for the project.

But the growing bill for the building's conversion to offices for 400 employees will be paid with money from the church tax, the Abendzeitung reported, referring to the German system whereby those who have not opted out of any religious body pay their chosen church a part of their taxes.

The centre, which is set to open in October 2014, will incorporate a computer centre costing €1.5 million, part of the overhaul of the building's technical facilities which church officials claim makes up most of the costs, along with new energy saving measures.

Archaeologists found remains of 14th-16th century bathhouses and warehouses on the site in summer 2012, but these will be bulldozed to create the building's 55-space underground car park.

The church in the Munich district is modernizing its accounting system, according to Keller, so that in a few years there will be a "concrete, transparent and correct" record of the church's finances.

But valuing the 7,000 properties the church owns in the region could make the stock-take challenging.