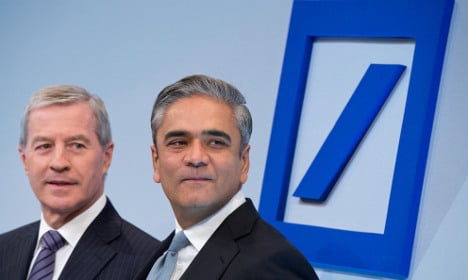 Deutsche Bank said in a statement that its net profit tumbled 94 percent to €41 million in the period from July to September, way below analysts' expectations.

Group net revenues were down 10 percent at €7.74 billion.

Deutsche Bank is currently being investigated over allegations that some of its employees may have been involved in rigging the Libor and Euribor interest rates.

And a number of top managers are also suspected of involvement in a tax evasion scheme in the trading of carbon emissions certificates.

The group put the litigation charges in the third quarter at €1.2 billion.