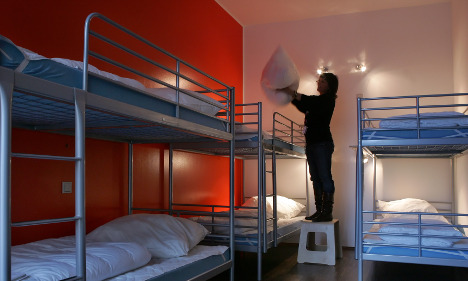 The Green Party-led initiative comes despite the debt-ridden capital's heavy reliance on tourism.

Hans Panhoff, a Green Party councillor for the Friedrichshain-Kreuzberg district, claimed the influx in tourists was "destroying the character of the neighbourhood, causing residents to suffer,” newspaper the BZ reported.

Panhoff and his Green Party colleagues, who control the Friedrichshain-Kreuzberg council, want the district to come up with a plan to curb the amount of new hotels and hostels cropping up – thus allowing smaller hotels to survive. "The government must provide the market with rules," he said.

Unsurprisingly, hotel owners have reacted angrily to the plans. Thomas Lengfelder, head of Germany's Hotel and Restaurant Association said: "I am in favour of absolute competitive freedom and don't think politicians should get involved,” the BZ reported.

Tourists pump billions into Berlin each year – and demand for accommodation is constantly on the rise. At present there are 793 hotels in the city with 132,000 beds. Some 40 new hotels are planned for the coming months.

A spokesperson for economics senator Cornelia Yzer said: "Only recently a survey carried out by VistBerlin found that 88 percent of Berliners are proud of the number of tourists,” the Berliner Morgenpost reported.

And while some Berliners are lamenting the increase of tourists in the city, others are taking the opportunity to make some money out of them.

Websites, like the famous San Francisco-based Airbnb, which allow ordinary people to rent out their property on a short-term basis have become particularly popular.

But in a controversial move last June, Berlin's city government considered imposing fines on anyone renting their own apartment out.

Supporters of that move claim the fines will help slow down the trend in rising rents.