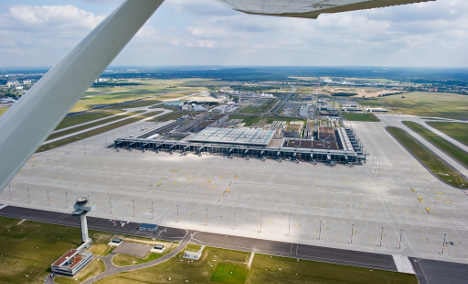 The move follows months of in-house wrangling among project bosses.

Berlin’s mayor, Klaus Wowereit, said the airport’s supervisory board had come to a “mutual agreement” with technical director Horst Amann, who was head-hunted for the role in June of 2012 but failed to kick-start the ailing project.

The cost of the delayed airport is now estimated at €5 billion.

Amann was chosen for the job because of his experience building Frankfurt airport. But he developed a stormy relationship with Berlin airport chief Hartmut Mehdorn, who reportedly wrote to Wowereit in September to demand Amann’s resignation.

Amann in turn accused Mehdorn of aggressiveness and misconduct.

Wowereit expressed disappointment that the airport had suffered further delays and that the opening date proposed by Amann was the fourth to pass without any sign of the project nearing completion.

However, he stressed that Amann had taken the job under difficult circumstances and had – by listing and categorizing some 60,000 problems with the project – formed a basis upon which subsequent decisions could be made.

After four opening day flops, members of the airport’s supervisory board are now shying away from naming a new date.

“We will only choose a date when it’s absolutely clear that things are well on their way and that nothing more can go wrong,” Wowereit said.

Berlin’s mayor has been the acting head of the airport’s supervisory board since Brandenburg’s former governor Matthias Platzeck stepped down from the role in August.

A replacement for Amann is not being sought and it is understood that Mehdorn will take over a number of his responsibilities.

The company Amann is to head currently supplies Berlin’s two existing airports, Tegel and Schönefeld, with energy and water. The new Berlin-Brandenburg airport is supposedly to be added to his company’s portfolio once – or if – it opens.