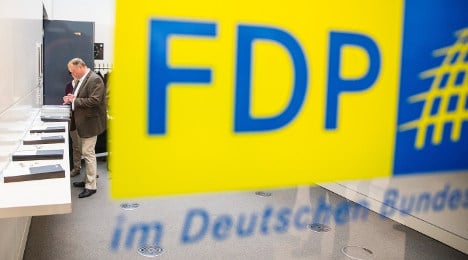 For the first time in modern German history, ministers from a political party are representing the country without a mandate, having lost every single MP at the elections.

Five ministers from the Free Democrats (FDP), who formed Germany’s last government with Chancellor Angela Merkel’s conservatives, have remained in position while lengthy negotiations to form a new coalition between the conservatives and the Social Democrats (SPD) begin.

The FDP got 4.8 percent of the vote on September 22nd – failing to clear the five percent hurdle needed to get MPs into parliament.

Since the election wipe-out, Westerwelle has continued to travel the world representing Germany. He has been to Afghanistan and the UN in New York. He has also held talks in Geneva about the Iranian nuclear programme.

Rösler meanwhile has kept a lower profile. He quit as party leader the day after the election and other than speaking at a media conference in Munich has tried to stay out of the public eye.

But it is their deputies in parliament who have caused a bigger stir. They will continue to be paid for another two months, despite a new parliament forming on Tuesday, without them in it.

A government spokesperson told the Spiegel that as the FDP ministers were still in their posts, their deputies in parliament would also be paid, even though that parliament no longer exists.

Economist and director of NGO Young Voices Frederik Roeder told The Local: “Handing out farewell gifts to deputy ministers at the expense of taxpayers’ money is irresponsible and comes close to what one could call nepotism.

“Young people have already to cope with a huge amount of public debt and unfunded liabilities piled up by the outgoing government. It is frustrating to see that the last actions of this government will cause even higher debt levels.”

All MPs also continue to be paid after they leave the German parliament with one month’s salary for every year worked as an MP or minister.