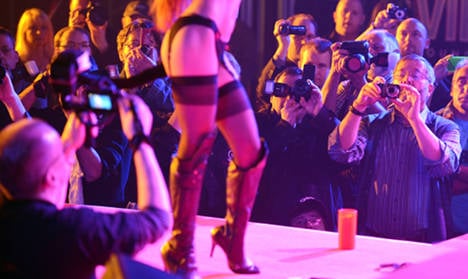 Thylmann quit as boss last week and on Monday, Welt newspaper reported that he was selling his shares – thought to amount to around €73 million.

His company Manwin was under the spotlight a year ago, after questions were raised about Thylmann’s managerial methods.

The 35-year-old was also investigated in 2012 for tax evasion, during which time he spent several days in custody, while being questioned. The German court ordered him to pay a seven-figure fine.

US adult industry magazine Xbiz gained access to a letter from Thylmann and his wife addressed to Manwin’s staff. In it they express sadness about having to step down, but fail to disclose the exact reason for the departure.

Industry experts and retailers made their yearly pilgrimage to the capital to check out the products. Around 32,000 people were expected, Tagesspiegel newspaper said, to darken the fair’s doors.