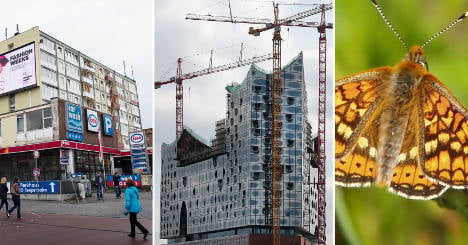 The so-called “Black Book”, compiled by the German Taxpayers’ Alliance, lists the many and diverse ways where the state has spent billions of euros of public finances through poorly planned, questionable and absurd projects.

The body’s head, Rainer Holznagel said: “Germany is richer than ever before. But far too much of our hard-earned money is not being spent efficiently.”

One of the most bizarre cases mentioned in this year’s Black Book was the construction of two bridges for bats in Biberach, Baden-Württemberg so that the animals can safely cross the road. The bridges alone cost around €435,000 and surveillance costs amounted to €35,000.

If the animals do not take to the bridges, they will be rendered useless as they have not been built for human use.

Another dubious project is a memorial to the early years of Germany’s Autobahn built in a roadside lay-by in North Rhine-Westphalia.

The remains of a concrete road bridge sat at the roadside of the A2 motorway but these had to be cleared for safety reasons. Rather than simply removing them, however, authorities built a memorial bridge from the remains one-and-a-half kilometres away in the lay-by.

Planners also managed to spend €400,000 on a bicycle path which simply ended after 300 metres in the middle of nowhere.

Focus magazine reported that the German government also paid for a metal concert in China by the lesser-known German band “Drone”. With the aim of promoting German culture abroad, the group was sent to China where they played several concerts.

According to the band’s travel report, which is quoted by the Taxpayers’ Alliance, Drone was “ready to introduce thrash metal to the world”. Unfortunately, the report goes on to admit that “after the first few beats of the intro, it was clear that the Chinese were not in to metal.”

Most expensive of all are the large construction projects which go wrong. Costs of the Elbe Philharmonic Hall in Hamburg have risen from €77 million to €800 million.

Berlin's new airport, meanwhile, is costing €162,000 a month just to keep clean, while its opening is continuously delayed and costs of the €3-billion project are ever increasing.

An operating theatre in Düsseldorf’s university hospital cost €200 million but three years on it has still not been used due to inadequate fire safety precautions.

A further €2 million has been spent on paying cleaning, heating and other bills for the as-yet unused ‘Operative Medicine II’ clinic.

Heating costs also proved rather expensive for local authorities in the town of Meschede in North Rhine-Westphalia when they left the heating on in their empty offices for eight years.

Nobody turned the radiators off when the offices were emptied in November 2000, racking up a bill of €42,000 for the taxpayer.

Note: This article was updated on January 25th 2016 to correct the fact that the bridges in Biberach were built for bats, not mice.