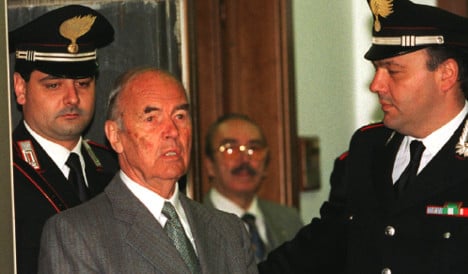 A funeral on Tuesday for the former SS captain by an ultra-conservative Catholic splinter group degenerated into street battles and was shut down by the police to prevent a neo-Nazi rally.

The officiating priest Pierpaolo Petrucci, however, told Italian daily La Stampa that he did in fact complete the funeral mass at the seminary of the Society of St Pius X in Albano Laziale.

“I held the funeral, including the blessing of the body, the Catholic liturgical rite for the end of the funeral mass,” Petrucci was quoted as saying.

Priebke’s lawyer Paolo Giachini – a friend, business partner and defender of top neo-fascist militants – had claimed the funeral was cancelled.

Giachini said he had been given power of attorney by Priebke’s son, Ingo Priebke, to dispose of the body according to the family’s wishes but said it had been “kidnapped” by Italian authorities.

His claims could not be independently verified.

The Italian news agency ANSA reported on Thursday that the body was still being held at a military airport outside Rome, denying earlier reports that it had been transferred to an undisclosed location.

The possibility of the body being flown to Priebke’s native Germany for burial or cremation was mooted on Wednesday but German authorities said it should be the family that decides.

There is concern that a burial could become a pilgrimage point for neo-Nazi militants, dozens of whom attended the ceremony on Tuesday near Rome and later clashed with hundreds of protesters.

Priebke was unapologetic to the end for his part in the massacre of 335 civilians, including 75 Jews, executed in the Ardeatine caves near Rome in retaliation for a partisan attack on Nazi troops.

Immediately after World War Two, he escaped from a British POW camp. He was provided with Vatican travel documents by a pro-Nazi Austrian bishop and fled to Argentina, like many Nazi war criminals.

He lived there for decades before being extradited to Italy and convicted at a trial that included witnesses who were children at the time and saw him shooting victims in the back of the neck.