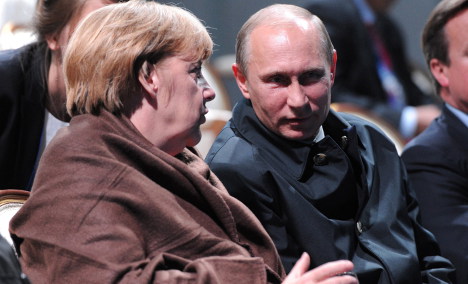 The environmental activists have been held on piracy charges in the northern region of Murmansk for almost three weeks after their ship Arctic Sunrise was seized by Russian security forces in a commando-style operation.

“The chancellor expressed her concern to Putin over the arrests of the crew of the Greenpeace boat being held in Russia and expressed her hope that this case will soon be resolved,” Merkel’s spokesman said.

A Kremlin statement made no mention of the Greenpeace issue but said only that Putin and Merkel had “addressed pressing international and bilateral issues” in the phone call.

The Russian authorities have now charged all 30 crew members with piracy, which carries a maximum sentence of up to 15 years. The so-called “Arctic 30” have been placed in pre-trial detention until November 24th.