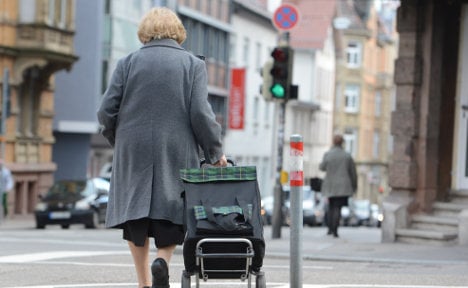 Around 100 experts met at a conference in Berlin’s Friedrichstraße on Wednesday to discuss the growing problem of old-age crime, an increasingly serious issue for Germany.

“Thanks to an aging population, we will also have more elderly criminals” said Oliver Malchow, national chairman of the police union.

But policing and justice measures aren’t always equipped to deal with old-age offenders, according to the union. Malchow said: “What happens, for example, when dementia is involved – if a frail old man just happens to still have the strength to kill his neighbour?”

The development means that police and other authorities need to brace themselves for the incoming wave of aged offenders, argued the union, which suggested additional training for officers.

The conference heard that older citizens are staying fit, able and capable of committing crimes from verbal assault to robberies for longer.

According to the national crime office, 152,000 recorded suspects in the past year were aged 60 or above, around eight percent more than in 2002.

But the number of elderly criminals is not rising as quickly as the overall proportion of senior citizens in German society – the share of over-60s in the population has grown by 15 percent in the same time period.

Experts say the “aging society” will also mean that more elderly people will be the victims of crime.

This could well take the form of an increase in cases of domestic violence against individuals in care, said Thomas Görgen, a professor at the German college of police.

“That’s still an area that’s difficult for the police to get involved in,” he said.