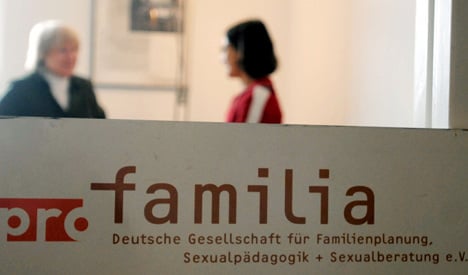 NGO Pro Familia published a number of articles in its magazine across the two decades justifying sexual relationships with minors, or dismissing it as harmless, the Tagesspiegel newspaper reported.

The sexual health and family planning advisory service works in around 180 locations across Germany. It was founded in 1952 and teaches sex education to 250,000 children a year. It also gives advice on sexual health and pregnancy to 200,000 people a year.

But controversial articles have been dug up by a team at Göttingen University’s institute for democratic research. Since May researchers have been outing prominent members of the German public – particularly politicians – as having supported paedophilia.

The Green Party’s former chancellor candidate Jürgen Trittin came under fire, as did a now-former politician from the Free Democrats (FDP) Dagmar Döring.

Psychologist Wolf Vogel made the case in a 1987 issue of the Pro Familia magazine for thinking about the reasons why people have paedophilic urges without judging them.

In 1997, a similar article by sociologist Rüdiger Lautmann complained about the “crusade against paedophilia.”

Vogel wrote another article for the magazine entitled “the misery of a forbidden love” which, Tagesspiegel reported, bemoaned that a minor and adult in a relationship had to “hide their love from everyone”.

If a child were to tell their parents about “an exciting experience they had with an adult,” there was a risk that “the parents would run straight to the police,” Vogel said.

In articles written by sociologist Lautmann, the term “child abuse” was discussed. Calling it such suggests that “the small person is damaged” and this was not always the case, he said.

Pro Familia maintain that the articles were building on a then-hot topic in the world of sexology. It said that the editorial staff of the magazine never questioned the law’s condemnation of sexual abuse, nor did it take a paedophilia-friendly stance, but were documenting scientific discourse.