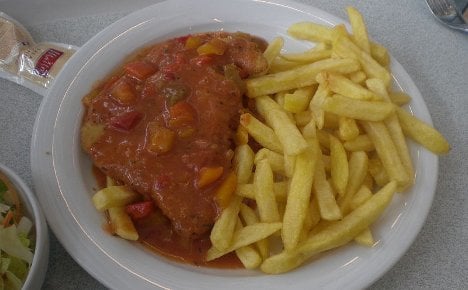 Hannover city authorities sent out an internal memo this week reminding staff that the term Zigeuner – German for ‘gypsy’ – was inappropriate to describe a style of schnitzel served in their canteens, wrote the left-leaning Neue Presse newspaper on Monday.

City authorities said the memo was in support of the Hannover branch of cultural organization the Forum for Sinti and Roma, which has been pushing for the word to be removed from foodstuffs in Germany.

“Many Sinti and Roma remember their grandparents who were murdered as gypsies in the Third Reich. Having such a belittling term as ‘Gypsy Schnitzel’ is then of course problematic,” a spokesman from the Lower Saxony Roma and Sinti advice centre told Bild tabloid on Tuesday.

“In light of the current discussion around the term brought about by the Forum of Sinti and Roma in Hannover, the city authorities [decided to] re-issue the memo in writing,” said city spokesman Andreas Möser, adding that it was not a problem to use an alternative description for the spicy tomato sauce accompanying the dish.

In a legal complaint in August, the group argued the term – also used by the Nazis to describe the hundreds of thousands of Sinti and Roma they murdered in the holocaust – was negatively loaded.

In Germany nowadays, few would consider the word Zigeuner wholly appropriate to refer to Sinti and Roma, yet it is still widely used as a name for a popular sticky, tomato and pepper sauce, with or without onions.

Food manufacturers have so far resisted dropping the word. Zigeuner has been used to describe the sauce for over a century and is widely recognised by the German public, a spokesman from the Association of Culinary Foodstuffs Manufacturers told the paper.

Yet by issuing the memo reminding staff to avoid the term, Hannover city authorities say they have sent a clear signal to manufacturers.

In the Hannover city hall and congress centre canteens, the schnitzel is now simply called “Balkan style” or “Budapest style.” The Hannover Forum for Sinti and Roma says this is just a small victory in their battle to ban the word.