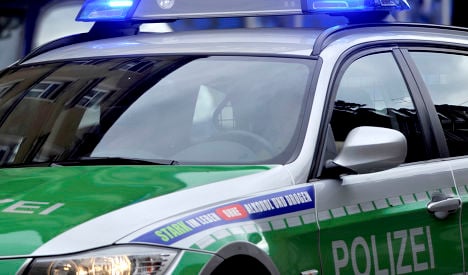 An argument broke out in a school playground in the western city of Essen just after 3pm on Thursday afternoon. It escalated, and a 12-year-old boy is thought to have stabbed his 12-year-old classmate in the chest with a knife.

Witnesses told police that the victim was pushed from behind by a 13-year-old, towards the blade, the Westdeutsche Allgemeine Zeitung reported.

“At this point the motive behind the incident is not clear,” a police spokeswoman told Spiegel.

The boy was flown to hospital in an air ambulance, where doctors were able to perform emergency surgery on him, saving his life. By Friday he was no longer in a life-threatening condition, but his situation remained critical.

Thursday was a bank holiday in Germany, but a police spokeswoman told The Local that pupils could access the school playground and would often spend time there even if they were not in school. It meant that there were no teachers around.

The case is being investigated by the state prosecutor. A 12-year-old and 13-year-old boy have been questioned by police but were allowed home by officers on Thursday night.