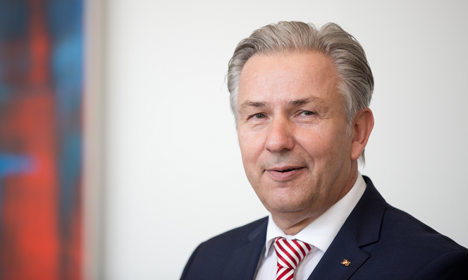 Klaus Wowereit has been mayor of the German capital for 12 years – in no other state has the role been held so long.

As he turned 60, he told the Berliner Morgenpost newspaper that come November when the Socail Democrats (SPD) will meet to discuss their leadership, he would not be putting himself forward for re-election as one of party’s vice-presidents.

“It was a completely personal decision and one that had nothing to do with the results of September 22nd’s election,” he said. Wowereit added that there would be different candidates running for vice-president position “and that was not a bad thing.”

Dubbed “Wowi” by the public, few mayors have polarized an electorate as he has. He even earned the titled “Ruling Partymaster”, after developing a reputation as being rather wild. He was also the first openly gay politician to hold a senior position in Germany.

But the 60-year-old will not, he told the paper, be stepping down from politics. As mayor of Berlin he will continue to sit in on discussions in the upper house of parliament the Bundesrat. The next Berlin state elections will be held in 2016.

Shortly before the SPD opened coalition talks with the newly-re-elected Christian Democrats (CDU), Wowereit expressed doubt that a “grand coalition” between the two parties could work as it does in Berlin. “What works in Berlin cannot necessarily be applied across the country,” he said.