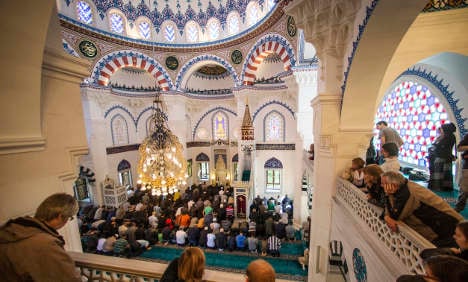 Organisers said they expected over a hundred thousand visitors – 80 percent of them non-Muslims – to attend events at mosques across Germany on Thursday.

The annual open day, timed to coincide with German Unity Day, was launched in 1997 to encourage people to think about Muslims’ place in German society and encourage cultural exchange. This year’s theme focused on environmental awareness.

Meanwhile, politicians used the occasion to call for changes to the law to encourage Muslims to take a more active part in German society and politics.

Some four million Muslims now live in Germany, the majority of them from Turkish backgrounds. But current law means that many of them do not hold German citizenship and therefore cannot vote in national elections.

People born to a non-European Union family are allowed dual citizenship only as children and must chose between nationalities before their 23rd birthday – or automatically lose their German passport.

“Muslims belong [in our society] and that’s why I invite them to participate and join in with the decision making process. That can only happen with a German passport,” said Schneider, repeating his party’s demand that Germany’s next government abolish the rule and introduce dual citizenship for residents with non-EU backgrounds.