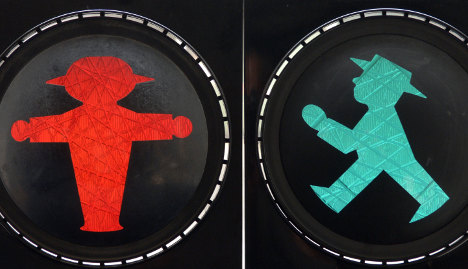 Germans are ruled by a central, democratic federal government, use one currency and have a unified, capitalist, free-market economy.

After two decades of the richer west pumping money into the five states which once made up East Germany, some positive results are being felt there. Life expectancy, for example, is now approaching that of the west and the eastern states have recently experienced a modest economic upswing.

Yet major clefts remain between the Ossis and Wessis, particularly in terms of living standards, employment and income. Government figures show families living in the east still have a long way to go before they reach the living standards normal in the west of the country.

According to last year’s annual government report into the state of German unity, average household incomes are a fifth lower than those in the west, with the former divide also evident in figures comparing growth, GDP and productivity.

Many Germans still feel the scars of over four decades spent living and working under radically different systems. Politicians are still calling for a process of “inner reunification” aimed at not only addressing the economic differences between east and west, but also mutual understanding between Germany’s two halves.

So over to you: how united is Germany really? What progress has been made and in what ways is there still a long way to go? Leave your comments below.