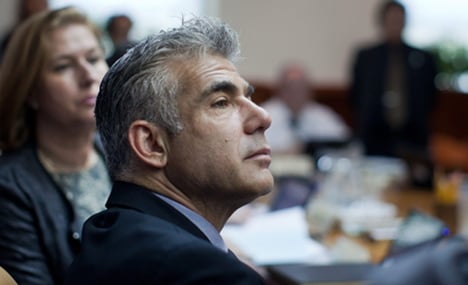 “A word for all of those who are ‘fed up’ and are ‘leaving for Europe’,” wrote Yair Lapid on his Facebook page on Monday, following television reports about young Jews leaving Israel in search of a more affordable life in abroad. “I am in Budapest. I came here to speak before parliament about anti-Semitism and to remind them how they tried to murder my father here just because Jews did not have a country of their own.”

He added: “So forgive me if I am a bit intolerant of people who are prepared to throw away the only country that the Jews have because Berlin is more comfortable.”

This garnered hundreds of comments shortly after, Berlin’s Tageszeitung newspaper reported on Wednesday.

One Facebook user wrote: “Lots of people are going to Berlin because it is the most affordable city in Europe, while in their homeland their money barely lasts until the end of the month.”

She continued to say that “everything costs half as much here. This has nothing to do with ideology. I’m sure that if people could live so well in Israel then they would stay there.”

Another, living in Israel, wrote that “as a child of a Holocaust survivor I can understand what you are saying. But as a mother of a talented young person, struggling to make ends meet, I can understand people who, with a heavy heart, leave.”

Former journalist Lapid is the chair and founder of the liberal ‘There is a Future’ party.

National daily newspaper Maariv, which aligns with the opposition, said on Wednesday that many in the country were expecting the politician to improve the financial situation in Israel which sparked street protests in 2011.