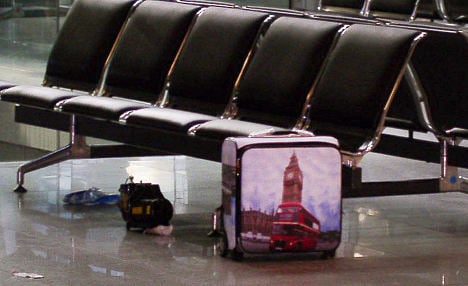 The alarm was raised in Düsseldorf last Tuesday afternoon after authorities noticed a suitcase in the departure lounge with an image of Big Ben and a London bus without an owner. Initially concerned it could be a bomb, police shut down the airport until 10.30pm.

They quickly realized it was not an explosive, and word spread that the mystery case contained a large amount of drugs. Tests were carried out, but the results were never confirmed.

But according to information from Spiegel Online, the North Rhine-Westphalia state office of criminal investigation found the suitcase contained three bags of flour, cornflour and cinnamon, weighing nine kilos.

The official results are, the site said, to be published on Tuesday. Investigators also found an iPhone charging cable and a towel alongside the flour.

It remains unclear why the owner was carrying so much flour and little else. Footage cannot be released of a suspect because no charges apply: “Carrying food is not forbidden,” a Düsseldorf state security expert told Spiegel Online.

AIRPORTS
Berlin Tegel to officially lose its airport status: What’s next for the former flight hub?
Url copied to clipboard!