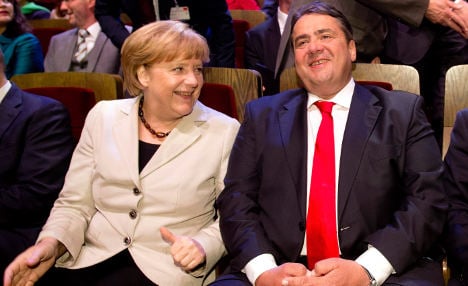 Delegates for Merkel’s CDU will meet with a six-member SPD team from 1pm, the CDU headquarters confirmed on Monday.

Despite a convincing win at the polls on September 22nd, Merkel, in her third term, needs to form an alliance with either the SPD or the Greens to ensure a majority in parliament after her previous allies, the pro-business Free Democrats, failed to win any seats.

The SPD said last Friday it was ready to start talks with the CDU on forming a grand coalition like it did from 2005-09, although many rank-and-file members reject the idea of their 150-year-old party again governing in Merkel’s shadow.

If they did agree to enter another coalition government, the SPD would be expected to seek a high price in terms of policy compromises and ministerial posts, in a poker-like negotiating process that could take weeks or months.

The talks could even run into next year, warned SPD general secretary

Andrea Nahles, who said “we could end up with the formation of a government in January or February”.

SPD chief Sigmar Gabriel has projected confidence, warning that, should the talks fail, his party “is not scared” of ending up on the opposition benches or even even facing fresh elections.

READ MORE: Merkel’s German-Scot ‘to reach out to UK’