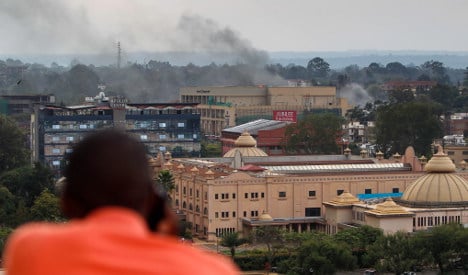 Intelligence services in Germany are not, Focus news magazine reported, ruling out claims from Mossad that German convert Andreas ‘Ahmed Khaled’ Müller, among others, were involved in planning the Nairobi mall attack in which 72 people died.

Mossad believes that Müller had connections with the Somalian Al-Shabaab militant group behind the Westgate siege.

President of the federal office for defence Hans-Georg Maaßen told Focus that while Germany was not currently at direct risk, there was sentiment building against the west in Somalia and neighbouring countries.

He added that the BKA was concerned that German charities based over in west Africa could find themselves “the focus of Al-Shabaab.”

As for German-based Islamists, the BKA was “keeping a close eye on the extremist Somali scene,” said Maaßen. Suspected supporters or followers of Al-Shabaab were, he added, “under observation by the intelligence services.”