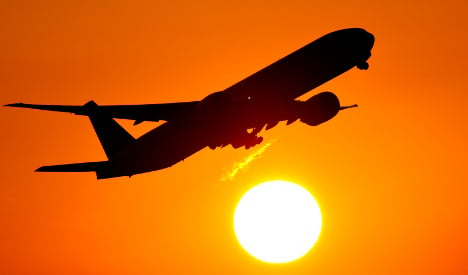 The Federal Court of Justice in Karlsruhe said that bird strikes qualified as “extraordinary circumstances” which meant airlines do not have to pay compensation to passengers.

The court was deciding on the cases of two tourists who were stuck in Gambia in Africa and in Fuerteventura in the Canary Islands because birds got into the jet engines of their planes.

In Fuerteventura take-off had to be cancelled and the passenger was flown to Hamburg instead of Hannover, arriving home a day late.

In Gambia the engine of the plane was damaged so badly on landing by a bird strike that the return flight was cancelled. A new plane had to brought over from Europe which took several hours. The court sent that case back to the district court to clear up details.

Judge Peter Meier-Beck said airlines could not be expected to hold spare planes at every airport in case of a bird strike and added they could not be held responsible for delays.

Bird strikes happen to planes every day and damage is estimated at a billion US dollars a year.

Two cases are reported in Germany each day and most are harmless, but if birds get into the plane’s engine it can be dangerous.

There is even a society in Germany to protect birds from air traffic. They predict bird migrations and warn airlines where they expect the flock of birds to be.