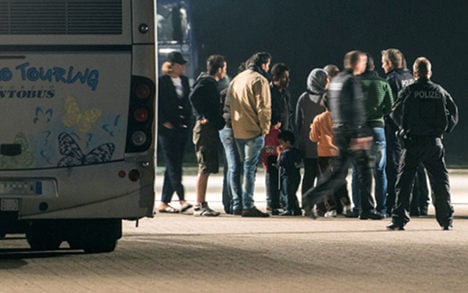 On Sunday authorities in the north German state of Schleswig-Holstein pulled over a coach and found 85 Syrian refugees, among them 30 children, thought to have paid Italian smugglers to take them to Denmark.

All bar a few of the Syrians were then housed in a temporary asylum seeker accommodation in Neumünster, from where most of them suddenly disappeared, reported NDR broadcaster on Tuesday.

Police arrested three Italian bus drivers also on board who now face charges of people smuggling after refugees on the coach said they had paid up to €6,500 for their passage across Europe.

Officers also discovered €14,000 in cash in the vehicle, but could not confirm whether this was cash passengers had paid the drivers, Zeit newspaper said.

According to the police, refugee smugglers supply customers with an “emergency telephone number” that clients can ring if their journey is interrupted and they are separated from their escorts.

It was likely that the Syrians put in the Neumünster asylum home had been supplied with such a number, NDR said.

This tactic works because the shelters are not secure, closed facilities – legally, refugees must be allowed freedom of movement. “We are not a closed establishment, residents may move freely,” centre chief Ulf Döring told the station.

He added that he was not surprised that they had vanished. Three refugees have stayed behind at the Neumünster home. Seven others are thought to still be at a different centre.