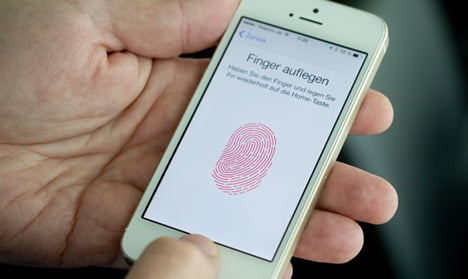 On its website, the Chaos Computer Club (CCC) said that by using “the simplest, everyday means”, it had hacked into the new finger-print identification system on Apple’s latest iPhone models launched last week.

“The phone owner’s finger print, photographed from a drinking glass, was sufficient to create a forged print to unlock the iPhone 5S”, the hackers said.

A spokesman for the group said it was easy for amateurs to do by lifting prints from a bottle or drinking glass.

“The most complicated part is getting your hands on an iPhone 5S,” he joked.

“It again proves a biometric identification system using finger prints is not appropriate to guard access to a phone and should be avoided,” the CCC said.

They recommended using a normal password to lock and unlock the phone.

Apple’s German operations were not immediately available to comment.