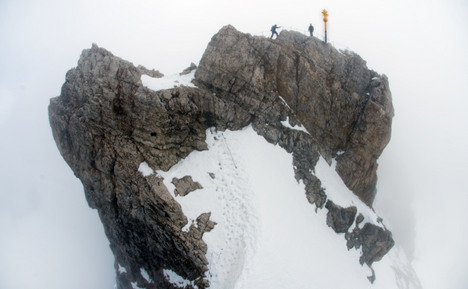 The 24-year-old, who has not been named, was up on the Bavarian Zugspitze – the country’s highest point – with a 23-year-old man, when she fell at around 8:30pm.

Both are Munich residents but Chinese citizens. It is unclear why they were out in the mountains after dark, the Münchner Merkur newspaper reported on Monday.

Emergency services received a call from the man at around 8:30pm to say that he was stuck on the mountainside. When they arrived it became clear that the woman had fallen over 500 metres down the mountain.

Helicopters used heat sensor cameras to search for her body, which was found on rocky ground.

An investigation has been launched to find out how the woman fell. Initial results point to the pair both being under-equipped for climbing a mountain.