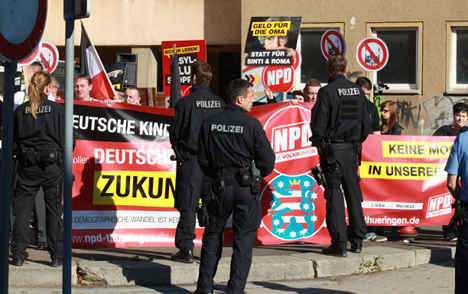 Thuringia’s interior ministry said on Thursday that the National Democratic Party (NPD) had to take down anti-Romani election posters as they were offensive, the Süddeutsche Zeitung reported.

The NPD chose to hang a number of these along a road leading to a former Nazi concentration camp.

An estimated one million Romani people were murdered during the Holocaust.

Now a memorial site, the head of the Mittelbau-Dora camp centre placed a legal complaint against the NPD. The area’s state prosecutor’s office is now looking into whether charges can be pressed against the party.

On Wednesday, the central council for Sinti and Roma began an anti-NPD campaign after being made aware of the posters.