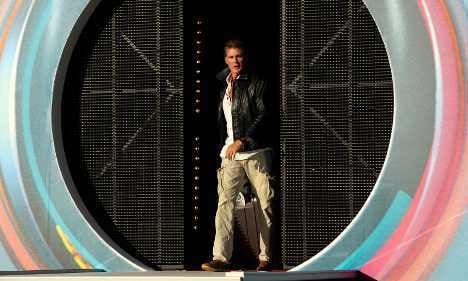 The 61-year-old former Baywatch star was whisked away from the house in Berlin-Adlershof in a limousine shortly before 6pm on Tuesday evening. He had spent just 90 hours and 20 minutes in the house.

According to German news site N24, Hasselhoff left the house early because his father is ill.

“I have to go”, he reportedly said before he left. “When I came here my father was ill. I didn’t know how long I could stay. I have now just received a call. He’s not dying but he has lung problems. And I am the only one he has.”

Yet it emerged in the Berliner Zeitung newspaper that, shortly before his departure, the Hoff had demanded higher payment for appearing on the show.

The paper suggested that Sat.1 – the broadcaster behind Celebrity Big Brother – was not prepared to pay Hasselhoff the five-figure sum required to keep him in the house.

The whole story surrounding Hasselhoff’s premature departure will be revealed when the latest instalment of the show is aired at 10.15pm on Wednesday.

Germany’s first series of Celebrity Big Brother began last Friday and will last 15 days. Its producers may now be concerned that viewer ratings will fall after its star attraction has left.

According to N24, the number of viewers of this series aged 14-49 has nearly halved since the show began on Friday.