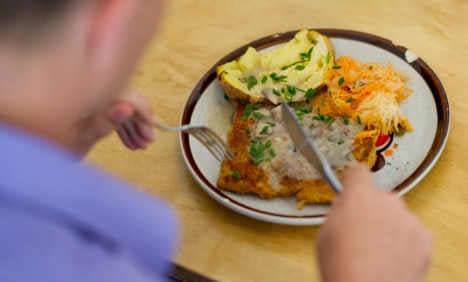 When Germany’s Green Party suggested canteens cut meat from their menus one day per week, dedicated carnivores reacted with ire, claiming their right to a daily slice of meat.

But the city of Essen (which is also the word for ‘eating’ and ‘food’) in North Rhine-Westphalia had been planning to adopt the policy, the Westdeutsche Allgemeine newspaper reported on Tuesday.

But the city’s environmental council has now done a U-Turn, fearing the issue would overshadow the rest of the proposed environmental policies which are due to be voted on next week.

The “veggie-day” had been among a list of recommendations included in a 77-page report called the ‘Integrated Energy and Environment Concept’ presented by the city’s department of the environment.

The report claimed that by providing a vegetarian meal once a week, canteens could contribute to the promotion of health and environmental protection. Kindergartens were to be the first to introduce the meat-free menu on Thursdays.

But the plan had many detractors – and opposition politicians have not been mincing their words in voicing their disapproval. Thomas Kufen, parliamentary leader of Essen’s Christian Democrats, called the plan “tosh.”

The Green Party rules in North Rhine-Westphalia in coalition with the SPD.