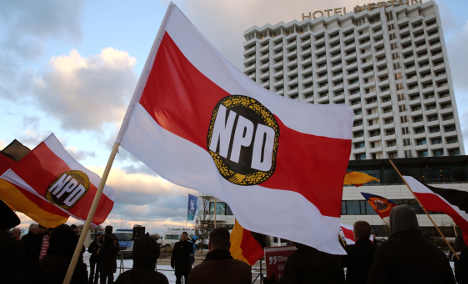 “Threats like these are anti-democratic and must not go unanswered,” Mutlu said.

The sender was the anti-immigration fringe group the National Democratic Party of Germany (NPD), which lawmakers are seeking to ban in a case filed with the country’s highest court.

The mock airline tickets sent out by the NPD in Berlin are labelled “Return Airlines” and marked “one-way.” They give the destination as “home country” and the date as “immediately.”

An accompanying letter signed by the party’s Berlin member Jan Sturm accuses the politicians with Turkish and other migrant roots of seeking to politically influence the ethnic German people.

“This letter was a shock to me,” a Brazilian-born candidate for the Internet-freedom party the Pirates, Fabricio do Canto, told the website of news weekly Stern. “I’m also asking myself: how did they get my address?”

The NPD last month caused an ugly stir when its members protested aggressively against a new Berlin political refugee centre giving sanctuary to families from mostly war-torn Afghanistan and Syria as well as Serbia.

No far-right party in post-war Germany has so far crossed a five-percent hurdle to enter the national parliament, but the NPD is represented in two state parliaments and entitled to federal election campaign financing.

Germany’s upper house of parliament voted last December to seek a ban of the NPD before the Federal Constitutional Court in a case expected to drag on for years.

A first government attempt 10 years ago to outlaw the openly racist and xenophobic party failed because the court judged that the presence of undercover state informants in the party’s ranks had muddied the case against it.

Chancellor Angela Merkel’s government did not join the latest action, citing the high legal hurdles for banning any political party and arguing that another failed case would only bring the NPD more publicity and a neo-Nazi “martyr status.”