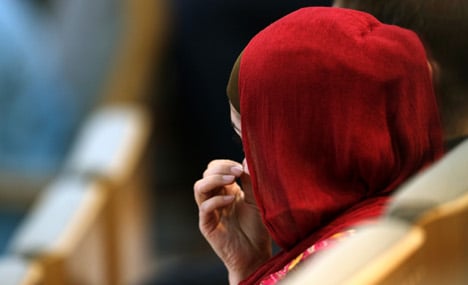 The lawyer, who has not been named, was told by a judge three times that she was not allowed to wear a headscarf in court, Berlin newspaper the Morgenpost reported on Tuesday. After the first two times, she replaced her scarf with a tight-fitting hairnet, and the third time she wore a scarf tied behind her head.

If he asks her again, she has said she will place a complaint at the Berlin constitutional court, according to the paper.

As head of the German bar association Marcus Mollnau told the newspaper, the woman is not employed by the state and so is not legally required to conceal her religion in the courtroom.

Mollnau explained that the lawyer’s fight was not against her freedom to wear religious symbols in the courtroom, but her right to practice her profession freely and “protect herself against unconstitutional discrimination.”

Head of the Berlin bar association Ulrich Schellenberg told the paper that he was sure the lawyer, legally, had a solid argument. Although he did add that, “personally, I am convinced that lawyers should refrain from showing their religion in the courtroom.”

The city’s Turkish association the TBB also voiced anger about the judge’s behaviour. Banning an accredited solicitor from wearing a headscarf was essentially like forbidding someone to work, said head of the board Kenan Kolat.