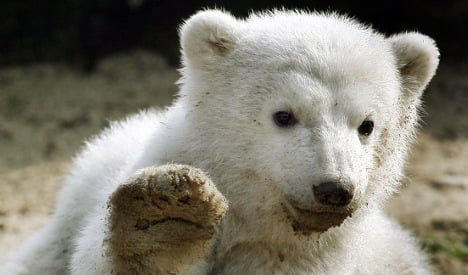 The Luxembourg ruling was a victory for the zoo over Knut IP Management Ltd of Britain, which wanted the trademark for ‘Knut – der Eisbär’ (Knut – the polar bear) for a range of merchandise. Knut merchandise has generated millions of euros for the zoo and it had sought to guard the trademark to his name.

Knut born in December 2006, shot to global fame after he was abandoned by his mother and reared by hand by a zookeeper, quickly drawing TV crews from around the world.

At the height of his fame, he appeared on the cover of Vanity Fair magazine and on German postage stamps, generating millions of euros for Berlin Zoo.

When he died in 2011 from a suspected brain seizure, fans left flower bouquets, written tributes and photos of the bear at his former den. A bronze sculpture called ‘Knut The Dreamer’ went up last year.

The General Court of the European Union on Monday said it had settled the zoo’s dispute with the British company which had in 2007 applied to registered the Knut trademark for clothing, shoes and sports articles and other goods.

Berlin Zoo had argued there was a likelihood of confusion with its Germany-registered trademark ‘Knud’, a slight variation on the bear’s name, for products including books, games, toys and dolls.

The court agreed. It said: “There exists indeed a likelihood of confusion in German-speaking regions.”