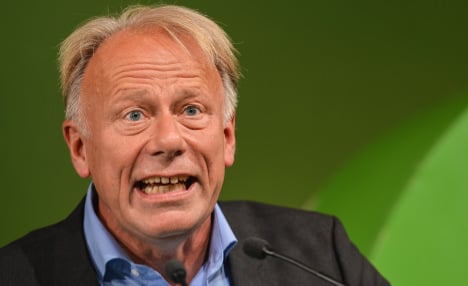 Jürgen Trittin, chancellor candidate for the Green party, was responsible for the party’s 1981 regional election manifesto for Göttingen, in which the party was calling for consensual sexual relations between adults and minors to be legalized.

Uncovered by political scientists for the taz daily newspaper, Trittin’s name is listed on the document as being “responsible according to press law.” Trittin told the taz that he deeply regretted being involved in the idea.

He argued that as the Green party – at that point called the AGIL – was finding its feet in the 80’s and toying with certain ideas, it was not the only party wanting to legalise paedophilia. “Only it was more pronounced in the Göttingen AGIL,” he said.

“We didn’t question ourselves,” said Trittin, adding that “this too was my responsibility. And this is my mistake, which I regret.”

A student at the time, Trittin told the taz that he did not agree with legalizing paedophilia.

The revelation will be a further blow to the Green Party’s election hopes. They have struggled throughout the election campaign with polls putting them as low as nine percent of the vote. They had polled as high as 28 percent in early 2011.

The party’s support for making paedophilia legal only ended in 1990 but the past has haunted them throughout this election campaign.

Political scientists Franz Walter und Stephan Klecha, who uncovered Trittin’s earlier supportive stance for the taz, have been conducting a probe into the party pro-paedophilia fraction.

The Green Party has launched an investigation in May this year into its earlier support for paedophilia.