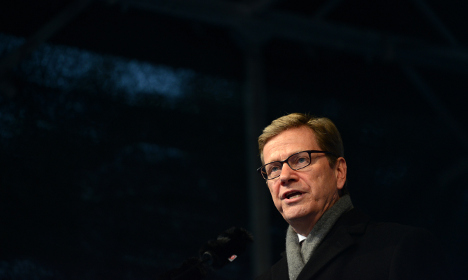 “If words are followed by actions, the chances of a political solution will have increased considerably,” German Foreign Minister Guido Westerwelle said in a statement.

He hailed the agreement reached in Geneva by his US and Russian counterparts — John Kerry and Sergei Lavrov — on a plan aimed at eliminating the Damascus regime’s vast chemical weapons arsenal.

Russia, which has consistently supported Damascus and vetoed UN moves against it, then came forward with a plan to secure Syria’s chemical weapons, prompting Washington to hold off on threatened air strikes.

“Lasting peace… can only be reached through a political settlement and not a military solution,” Westerwelle said.