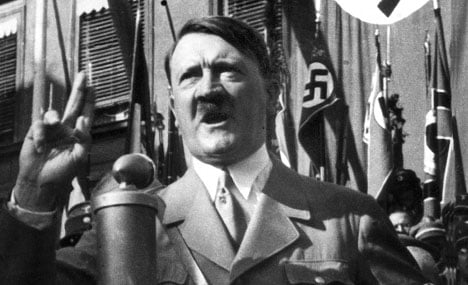 Town councillors from the far-left Die Linke party initiated the move, which must still be formally confirmed by Goslar's administrative council on October 29th, he said.

Local leaders had earlier argued that since Hitler died in 1945 he no longer held the honorific title bestowed in 1934, Burgart said.

Nevertheless, town authorities wanted to "double up the legal aspect with a symbolic act", he said.

Goslar, a town in northern Lower Saxony state and home to 42,000, is the birthplace of Sigmar Gabriel, the leader of the opposition Social Democrats.

Gabriel said recently that he earlier campaigned for Hitler to be stripped of the title, but now thinks it is "almost wrong".

Burgart said the move was not aimed at erasing the past. "These years (where Hitler was an honorary citizen) have existed, we won't be able to change that," he said.

Some 4,000 German towns made Hitler an honorary citizen, and many have since stripped him of the title, some right after the war, while others did it only recently, such as the southern town of Trier in 2010.

Cities in Poland and Austria have also done so.