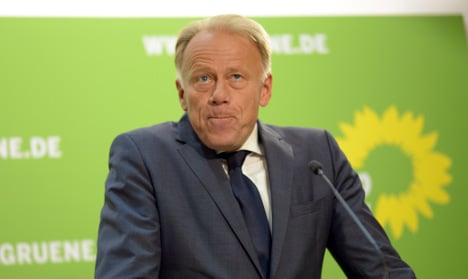 Polls released on Wednesday from Forsa show the Greens polling two percent down on last week at nine percent – the first time since May 2009 they have scored in the single digits.

Support for the Greens peaked in April 2011 when they polled at 28 percent.

Angela Merkel’s union is holding steady dropping one point to 39 percent and her junior coalition partners the FDP regained a point to score six percent. If the polls were reflected in the election results on September 22nd Merkel would be able to form another coalition with the FDP and remain as chancellor.

Forsa Institute boss Manfred Güllner told magazine Stern the SPD had won back some of their original voters, who had previously been undecided, since his strong performance in a love TV debate against Merkel on September 1st.

Güllner put the Green Party’s decline down to their “strategic error” of moving their focus from traditional green policies to more diverse issues like social equality. “This issue doesn’t fit with them”, he said.

Anti-euro party Alternative für Deutschland (AfD) polled at three percent, one point lower than the previous week, despite a separate poll showing 22 percent of Germans would welcome the rightwing party being represented in the Bundestag.

Merkel still enjoys a huge lead in personal approval ratings over her SPD opponent and former cabinet colleague, Steinbrück. Though she conceded three points to her challenger after their TV debate on September 1st , the CDU leader still leads in the personal contest by 52 percent to 26.

The poll was carried out on 2500 people via Stern magazine and on the RTL TV channel between the 3rd and 9th September.